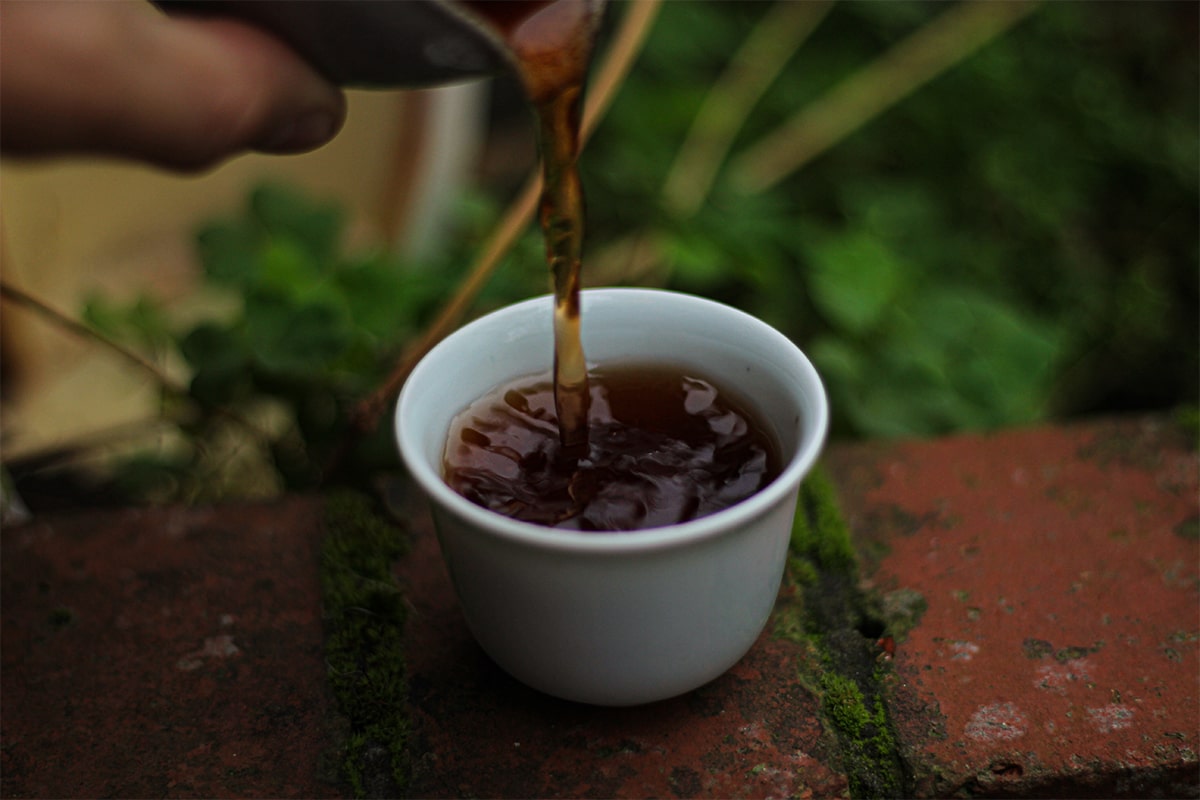 The next Liu Bao I wanted to write about is the 2007 Suiyuan Guangxi Liu Bao 0506. I have already done a couple of sessions, but the time was right to write about this tea.

The material in this tea is from 2005 and it was stored in anti-aircraft shelters for two years. In 2007, it was taken out of these shelters and stored in Wuzhou until 2018.

The colour is really dark, but uniform. There are deep and dark brown tints. It’s mostly-medium sized leaves and some stems. The aroma has faint traces of betel nut.

Infusion 1 (20 sec): a very subtle infusion to start the session. There are some traces of betel nut and I’m also getting some spices. It’s definitely not intense.

Infusion 2 (25 sec): some creamy notes beneath the surface. In general, it’s still subtle with faint traces of betel nut. It’s a good infusion but not that much is going on.

Infusion 3 (30 sec): the colour is not changing that much. The aroma has changed a bit and based on the smell, you can tell it’s Liu Bao. Flavours in this one have not changed drastically. If you are really looking for it, you can get some betel nut. It’s not intense, but the aftertaste is long-lasting.

Infusion 4 (35 sec): the betel nut is a bit more noticeable, but still fairly subtle compared to other Liu Bao teas. I also feel this one is lacking a bit of body and texture.

Infusion 5 (40 sec): there is a slight spiciness coming through in this one. However, there is nothing else going on (or maybe I am not sensitive enough to pick up other flavours). The energy is starting to do its thing and I’m feeling really warm. I did not expect this kind of energy of a tea this subtle.

Infusion 6 (long): light spices and betel nut. The betel nut is quite prominent during the aftertaste. It’s more intense as during the infusion.

For me, this tea was not really about flavours and more about the body sensation. It was really subtle flavour-wise, but the overall feeling and sensation were good.

Towards the end, the tea started to make me feel really warm and cosy. It seems this tea is a perfect tea to relax and wind down after a busy day or long walk on a cold winter day. I can really see myself sitting in front of a fire under a blanket sipping this tea.

If you want to buy the 2007 Suiyuan Guangxi Liu Bao, click here.