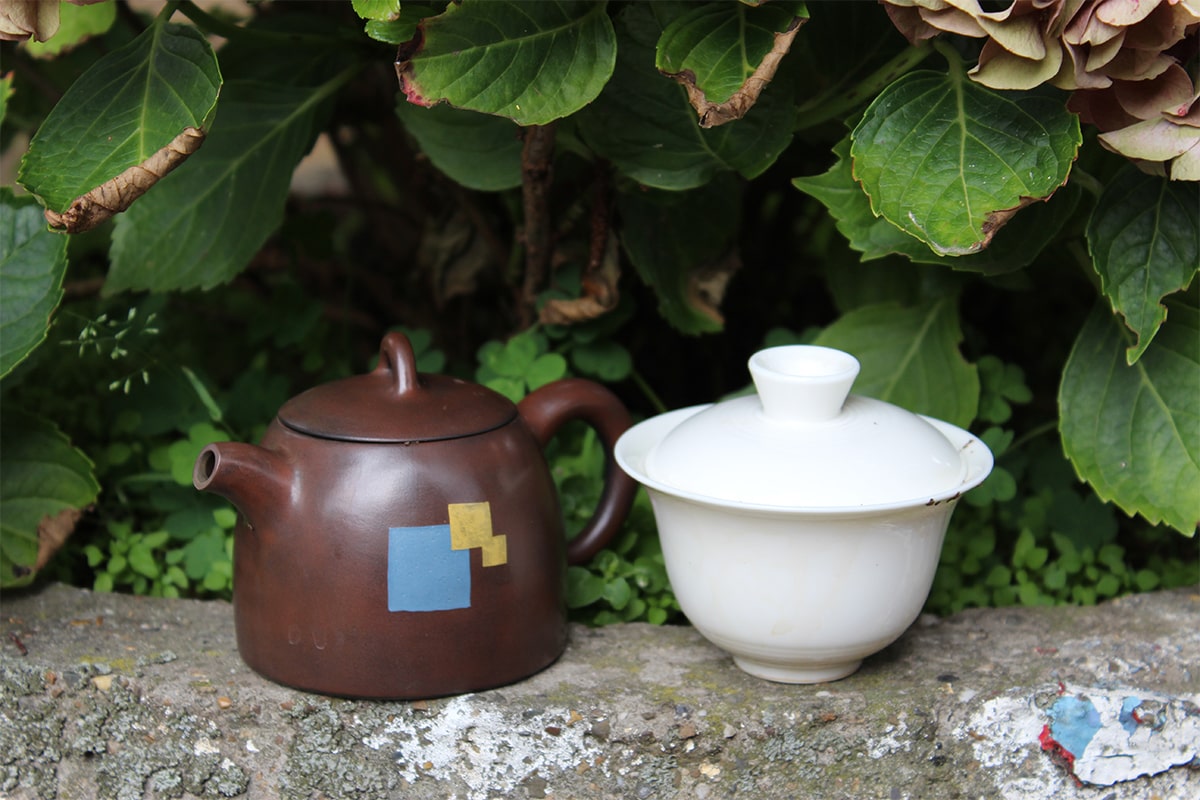 The tuo itself is compressed tightly so it wasn’t easy to chip off some tea. I managed to do it and started brewing!